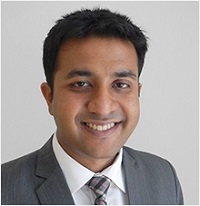 Vishwam is an advocate of the Supreme Court of India and the Punjab & Haryana High Court. He is a legal consultant with the global law firm DLA Piper. He is a solicitor of England & Wales (UK) and a registered legal practitioner with the courts of Dubai and DIFC (UAE).

Vishwam is leading World Health Organisation’s legal development programme (LDP) in India and is an expert on road safety policy. As part of the LDP, Vishwam is drafting laws and policies for the Government of India and assisting the states of Uttar Pradesh, Telangana and Punjab. The LDP also focuses on capacity building and Vishwam has been instrumental in organizing training sessions for numerous young professionals. He was part of the Indian delegation to WHO’s annual conferences and presented a model on increasing helmet use (Geneva, 2017) and road design & engineering laws (Beijing, 2018).

Vishwam is the founding editor of the International Road Safety Research Journal, a digital publication aimed at promoting multi-disciplinary research and dialogue on safer mobility. He is also a co-founder of Itisri Forum, an NGO working on legal and policy research.

Vishwam is working with UNICEF on child protection and contributed to their global report on advertising & marketing laws to children. He was part of the 2018 Global Challenge and fundraised US$ 5,000 for UNICEF and trekked to Machu Picchu (Peru) in support of protecting children.

Vishwam is keen to promote legal education and commercial laws and worked with the US Department of Commerce and UNCITRAL in the MENA region in 2018. Vishwam also contributed to the World Bank Doing Business 2018 reports.

Previously, Vishwam led the United Nations Development Programme (UNDP) project on access to justice for the marginalised communities where he worked alongside the Ministry of Law & Justice (Government of India). This project focused on the welfare of construction labourers in Delhi and Noida.

Vishwam was instrumental in drafting recommendations for introducing a policy on Pre-legislative Processes which was adopted by the National Advisory Council. It was then forwarded to Government of India’s Committee of Secretaries, which adopted them in their meeting of 10 January 2014. It was formally notified and communicated to all Government departments on 5 February 2014 (see D.O. No. 11 (35)/2013-L.I).

Vishwam is interested in public health and assisted the Nuffield Foundation (UK) in empirical and doctrinal research on laws and practices concerning surrogacy in India. His contribution was acknowledged by Ms. Katarina Trimmings and Mr. Paul Beaumont in their book ‘International Surrogacy Arrangements: Legal Regulation at the International Level’.

Vishwam has worked with the Centre for Disability Studies and the Ministry of Social Justice & Empowerment in preparing a report on the implementation of the UN Convention on the Rights of Persons with Disabilities (UNCRPD) in Punjab, Haryana and Chandigarh.

In 2013, Vishwam prepared a report on the implementation of the Right of Children to Free and Compulsory Education Act (RTE) in Delhi and submitted a report to the Delhi Government through Child Rights & You (CRY). This report formed the basis for numerous legal measures adopted by the Government to improve RTE’s implementation in Delhi.